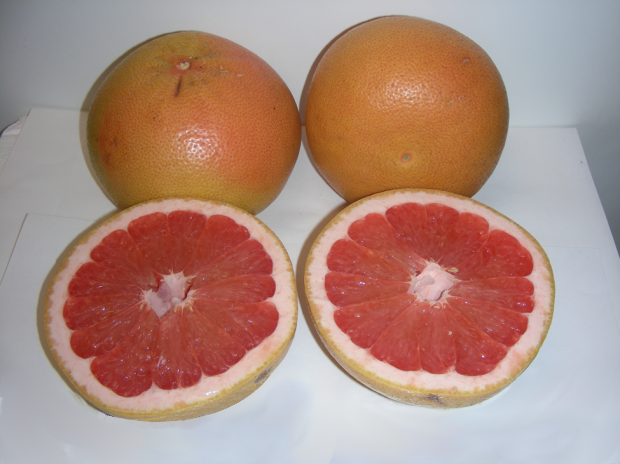 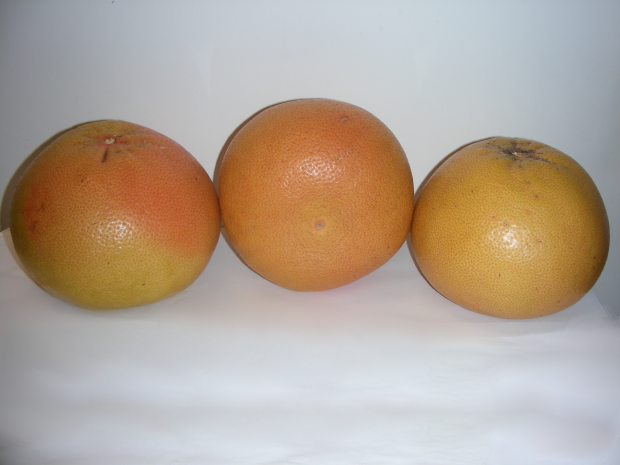 Description: ‘914’ produces nearly uniform, red-fleshed, and relatively large fruit (averaging 680g) that substantially resemble grapefruit in shape, color, overall appearance, and flavor and aroma though it can be distinguished in most cases as something different from standard grapefruit.  The peel usually displays an obvious red blush, which enhances its attractive appearance.  The most unique attributes of the fruit are the similarity to grapefruit in aroma and flavor, with a sweeter taste, and extremely low levels of furanocoumarin compounds (FCs).  FCs are the chemicals in grapefruit that are responsible for the so-called Grapefruit Juice Effect, for which consumers on various medications have been advised to avoid grapefruit of its juice products.  Medical researchers have demonstrated that ‘914’ juice behaves differently than grapefruit juice in cell culture studies, and clinical trials are underway to confirm this in human subjects.

There are no data supporting long-term field performance or yield of ‘914’, nor its adaptation to different rootstocks.  However, the few trees observed have consistently set acceptable crop loads annually.  ‘914’ is expected to be productive when planted in solid blocks, as it maintained yield even when encased in bee-proof mesh to inhibit pollination.  No obvious disease problems have been observed in the trees or fruit currently grown, but systematic resistance testing has not yet been explored.  Other aspects of horticultural performance, including post-harvest handling, remain to be thoroughly investigated.


License Availability:  FFSP has exclusively licensed the following entity for the propagation of the ‘914’ pummelo grapefruit hybrid cultivar: